Honda Accord, Civic, Fit, HR-V, and Insight, plus Acura NSX, RLX, and RDX models are affected by the defect, which could cause the engine to stall during driving.
Honda has issued a worldwide recall for about 1.4 million vehicles fitted with a defective fuel pump. The problem could cause a vehicle to stall during driving, the automaker said. In the U.S., 136,057 Honda and Acura vehicles are included. Honda says it has received no reports of accidents or injuries as a result of the problem.
The fuel pumps, made by supplier Denso, were "exposed to production solvent drying for longer periods of time" during manufacturing, according to the NHTSA recall report, which could cause surface cracking and excessive fuel absorption and eventually cause the impeller to become deformed and fail. The fuel pumps on vehicles produced outside limited dates given on the report do not have the problem.

Cheap Rides Could Be Over 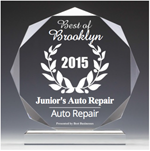 According to the most recent data from Automotive News, Kia has sold 34,160 Tellurides through August 2019, with 6374 of them leaving....

Hyundai's Elantra compact sedan is about to get a big redesign of its own. Like its big sibling the...