This Act Of Bagging Gasoline Is

Who or What is learning to drive?

When the redesigned 2019 Volkswagen Jetta begins arriving at U.S. dealerships next month, the brand's 650 dealers will be asked to do something they have little experience with: Sell what's been VW's most popular model as a value play.

The strategy — moving away from the brand's traditional premium pricing in a highly competitive and declining compact sedan segment — is possible in part because the seventh-generation Jetta was designed exclusively for the U.S.

That means it didn't have to be engineered for both a demanding German driving cycle, with sustained speeds of 130 mph or more, as well as the more erratic "0-to-70-to-0" driving cycle more common on U.S. roads, Serban Boldea, Volkswagen of America's director of product planning – compact line, said last week during a media drive here.

The strategy is also possible because the 2019 Jetta is among the last Volkswagen brand vehicles to move onto the automaker's MQB platform, allowing designers and product planners to put the sedan together largely from existing components, dramatically driving down costs across its trim lineup.

One example: The 2019 Jetta's starting price is $100 less than that of the previous-generation Jetta, even though it has far more features and technology included. That should make the Jetta an easier sell, even as demand for sedans continues to fade.

"Obviously, the markets are moving, and there are a lot more customers that are going into SUVs from sedans," Boldeasaid. "For us to really focus and bring customers into the sedan, in this extremely competitive environment that we're in — with the Hondas, Toyotas, Kias and Fords offering very, very good competitive vehicles — we had to bring a car that was not only built correctly, but is valued appropriately in the competitive set." 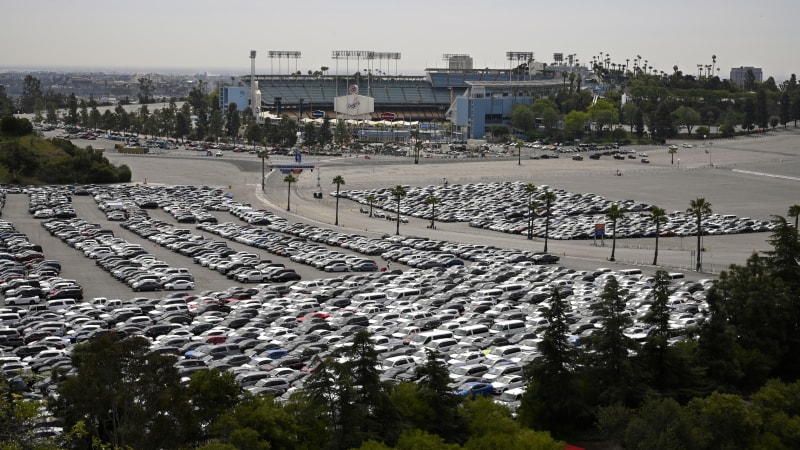 The collapse of air travel has pushed big car rental companies to cancel orders for new vehicles, punching a hole in sales for nearly a dozen U.S. automakers' including the Big Three in Detroit. Hyundai Motor Co's U.S. sales arm said Tuesday that its sales to fleets, including rental companies, fell by 79% in May, while retail sales grew by 5%. Automakers could lose up to 12% of their annual U.S. vehicle sales in 2020 as car rental companies slammed by the coronavirus pandemic slash fleets and

The current Toyota Corolla hasn’t been with us for very long. The aggressive-looking five-door hatchback model first made its debut in the middle of 2018, and has since been joined by a similarly wide-mouthed four-door sedan variant. Despite its relative youth and visual edge, Toyota has decided to make the new Corolla a little spicier […]

But wait. The auctioneer stopped the bidding when he noticed the price on the screen was wrong. ...

And the road, known simply as The Winding Course, is a 3.9-mile, 17-corner carnival of constant high-speed, high-lateral g driving that dips and climbs nearly 200 feet over one lap with precious little run-off or room for error, but plenty of .....